LISTEN NOW: There’s Something Off About the Children’s Pageant in Eric Red’s LITTLE NASTIES – TALES FROM BEYOND THE PALE SEASON 3

Indiewire hosts Eric Red’s LITTLE NASTIES, a new TALES FROM BEYOND THE PALE episode about the terror of children’s beauty pageants.

Indiewire is exclusively premiering new episodes from the third season of “Tales From Beyond the Pale,” the audio play series produced by Glass Eye Pix. Episodes will be available for two-day windows.

The season continues with filmmaker Eric Red’s “Little Nasties.” Listen to the episode above, and read an interview with Red conducted by Indiewire’s Eric Kohn about the inspiration for the episode below. Pre-order the third season of “Tales From Beyond the Pale” here.

How would you say this medium of storytelling differs from filmmaking? From novels?

Doing a radio show is like making a movie because you’re dealing with getting performances from actors and working with a sound effects mix to tell the story. But it’s really more like a novel, because radio enlists the audience’s imagination as an active participant. A film shows you pictures, a book makes you supply your own, and so does radio. What I love about writing novels is when people read a book they provide their own images to the prose, which is a more intimate involvement because they’re engaging their imagination. It’s the same thing with radio — when you listen to the show, you see what you’re hearing in your head. The fun in doing one of these as a writer and director is designing it to work so the listener fills in the blanks.

READ MORE: ‘Tales From Beyond the Pale’ Season 3 Posters Will Chill You to the Bone

When I was a kid, my grandfather used to tell me about the horror radio shows he listened to as a boy. When he described those radio scenes — the ghostly train engines, the creaking footsteps and rattling bones — my imagination ran wild…just like his must have as a child huddling around the radio listening to famous horror shows like “Inner Sanctum” and “Lights Out.”

“Tales From Beyond the Pale” reinvents the classic radio horror show format for modern horror audiences in the hippest, coolest way.

What inspired your interest in a child beauty pageant as a setting for a horror story?

A while ago, I watched a documentary on child beauty pageants and honestly was mortified. Not just how the pageants objectified children in a pervy way — the whole Jean Benet Ramsey thing — but how some of the kids seemed to be bossing their parents around in every respect. It’s a different culture, so I’m not judging.  But it seemed to me a unique setting for a horror tale that also satirized the child beauty pageant world, in a funny scary way.  So that was the inspiration for “Little Nasties.”

How has this genre evolved since you first started contributing to it?

I think the genre has devolved somewhat. There’s too much gore now, to the point where it’s totally off the chain. The classic horror films that influenced me like “Psycho,” “Rosemary’s Baby,” or “The Exorcist” were more grounded in character and reality, relying on sophisticated suspense and tension techniques. My most recent film, “100 Feet,” with Famke Janssen and Bobby Cannavale, was a throwback to those. The whole film was a woman under house arrest haunted by the ghost of her husband. Even though it was one location and mostly a one-woman show, it still had the audience on the edge of their seat throughout, even with only one death scene.

To me, it’s not how you show it but how you don’t show it. The classic example is the shower scene in “Psycho” — you don’t see any nudity or knife wounds, you just think you do because of how the sequence is designed, so your imagination supplies the pictures, which is what makes the scene so scary. To me, that’s more interesting, and brings me back to what was so much fun about doing “Little Nasties”: the whole show was about using just sound and dialogue to tell a story the audience uses their imagination to visualize, which is very intense.

You started your career in the eighties. What sort of creative challenges have you faced since you first started making movies?

Getting them made is the biggest creative challenge, same as always. I am very happy to be able say that the films I’ve written and directed so far, “Cohen and Tate,” “Body Parts,” “Undertow,” “Bad Moon” and “100 Feet” all turned out the way I wanted, though they were occasionally a battle to get made. If it was easy, everybody would do it.

I’m working on films of my two most recent novels, “It Waits Below,” and “White Knuckle,” and writing the sequel to my novel, “The Guns of Santa Sangre,” which will be the second book in a trilogy. 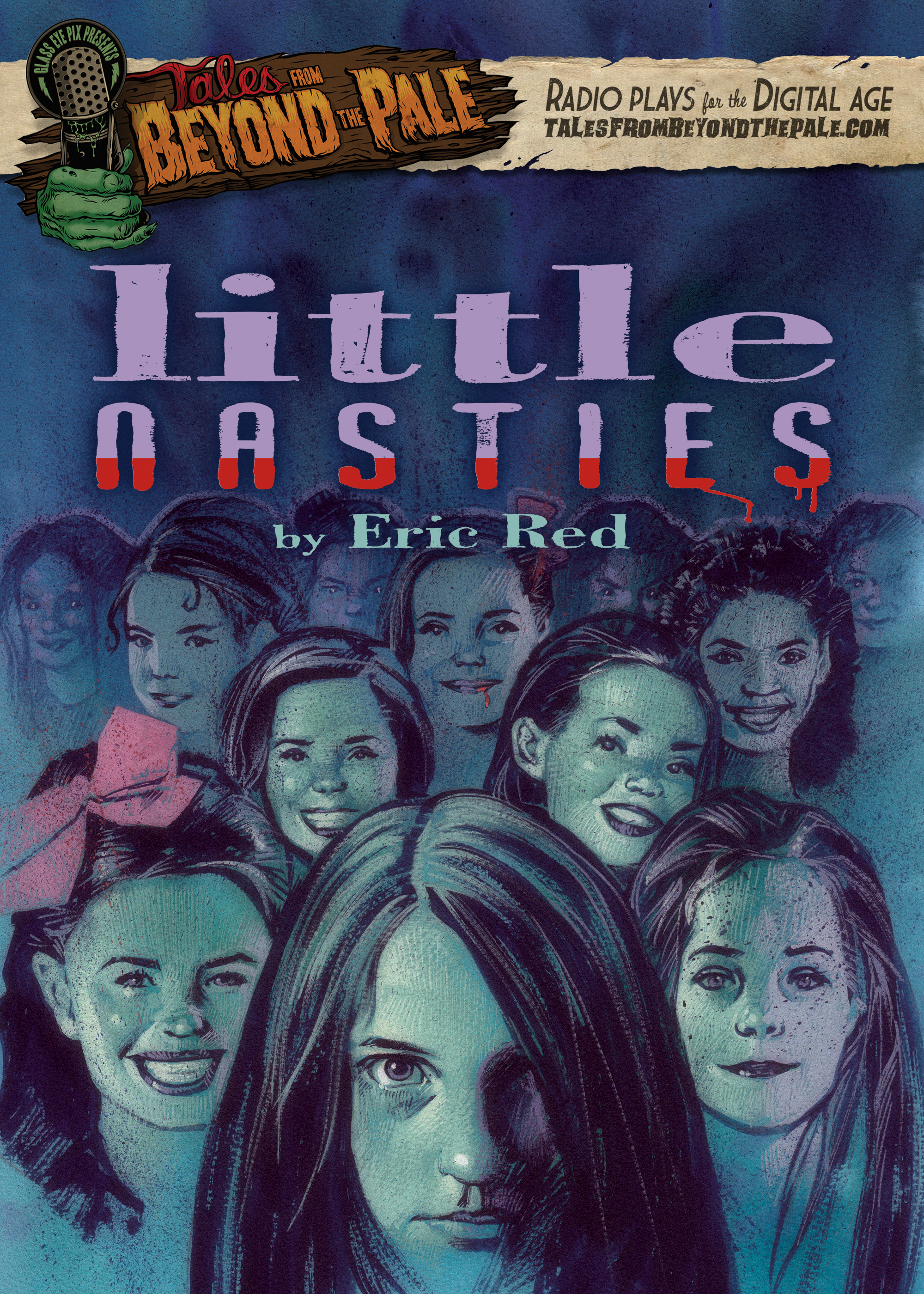 « DVD BEAVER on The Fessenden Collection: “WOW, WHAT A SET!”

LISTEN NOW: Cook Up Something Good with Joe Maggio’s CANNIBALS – TALES FROM BEYOND THE PALE SEASON 3 »