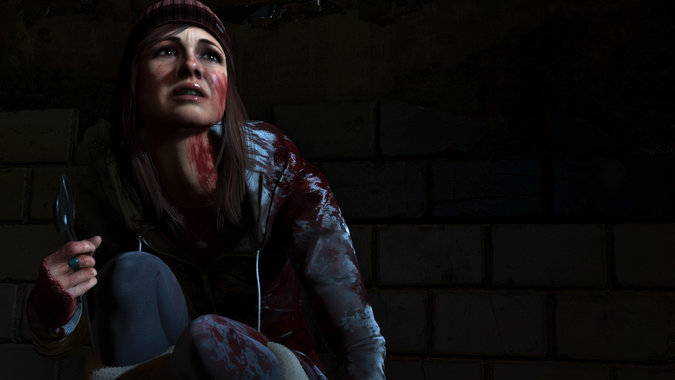 Supermassive Games, the maker of Until Dawn (shown here),
hired the screenwriter and director Larry Fessenden to develop the game’s story.

When Pete Samuels, a founder and the chief executive of Supermassive Games, began working on a survival horror adventure video game called Until Dawn in 2015, he knew he wanted the story to unfold like that of a horror film.

So he turned to Hollywood. Mr. Samuels sought out Larry Fessenden, an American screenwriter and director whose credits include the horror films “Wendigo” and “The Last Winter,” and the screenplay for “Orphanage,” an in-development English language remake of the Spanish horror film “El Orfanato” from the director Guillermo del Toro.

“The gaming audience is growing, and tastes are broadening,” Mr. Samuels said. “Great films and great television that tell good stories are more widely available to many more people than ever before, and there’s definitely an increasing population of the gaming audience that are enthusiastic for games with a thoughtfully constructed narrative.”

For now, building robust and dynamic stories can still be difficult, especially in games that have several outcomes depending on what each player decides. When developing the story for Until Dawn, for example, Mr. Fessenden worked with a collaborator, the writer and director Graham Reznick, whose credits include the 2008 experimental horror feature film “I Can See You.” Together, they crafted a creepy cabin-in-the-woods story focused on a group of teenagers.

The game was conceived as a first-person game, which Mr. Reznick said felt “much less cinematic.” Supermassive Games then decided to switch to a third-person perspective, and began employing techniques usually reserved for films, like fixed camera angles, editing between shots, and high resolution facial capture for the actors.

“This let us actually write dialogue and express ideas closer to how we would in film — a loaded glance in a cutaway could be much more powerful than a line of dialogue shouted from offscreen,” Mr. Reznick said.

In the game’s final version, players can alternate among characters during the game, making decisions that affect the outcome. The game, which features the voices and likeness of the actors Rami Malek and Hayden Panettiere, was released on the PlayStation 4 in 2015. It later won a British Academy of Film and Television Arts award for its originality.

PSYCHOPATHS available on VOD Jan 2 / Fessenden and Keating on Trunkspace »