The season continues with Rue Morgue contributor April Snellings’ “Food Chain.” Listen to the episode above, and read an interview with Snellings conducted by Indiewire’s Eric Kohn about the inspiration for the episode below.

Your background is journalism. What’s it been like to jump into the creative side of things?

It’s been fantastic, and what I’ve always been working toward. You can’t ask for a better experience than writing for Glass Eye Pix. They told me at the beginning that this would be my story – that they’d be here for guidance, but that ultimately “Food Chain” would always be my weird, mutant baby. They made good on their promise, so I’m probably a little spoiled now.

How does the Southern Gothic tradition of storytelling influence your work?

I think it shows up in everything I write. I love the genre – that pervasive sense of decay, the twisted family dynamics, the dark humor, the grotesquery, the moral failings of a culture that’s warped by fundamentalist religion and its own ugly past. I only wish there’d been room for a crazy aunt in an attic. Maybe next time…

What’s your relationship to the Big Foot legend?

I’m from East Tennessee, an area with a very long tradition of monster legends. My state has more than fourteen million acres of forestland, so that’s a lot of damn monsters. When I was a kid, my grandfather used to scare me with stories about a very Southern monster called a wampus cat, which had me convinced there were monsters in the woods. As I got older, that turned into an interest in Bigfoot, the king of American monsters.

Years ago, there was a story on our local news about a woman who was really upset because she thought a Bigfoot had thrown half a cat at her. She was fabulous, and probably the grandmother of “Food Chain.”

What sort of stories did you consider when coming up with this idea?

EC Comics and other horror comics from the ’50s were a huge influence on “Food Chain.” I really love genre comics from that era, especially horror anthologies. The stories were batshit and they really pushed the envelope in terms of violence and gore, but they still had a sense of playfulness and often even a social conscience. They were gross and twisted and fun, and I wanted to play in that world with “Food Chain.” Also, I love crime fiction and sitcoms as much as I love horror, and I wanted to play with all of those elements – to write a heist story about people who have absolutely no business planning a heist. I dunno, I guess it’s kind of a bonkers hodgepodge of everything I obsess over.

What sort of challenges did you face in writing this episode?

My first draft of the script felt very top-heavy, but Glenn and Larry immediately suggested ways I could fix that – those guys are incredible storytellers, and they know this medium in and out.

Besides that, the main challenge was also the thing that makes this medium so much fun to write: finding organic ways to keep the reader oriented as to what’s going on – figuring out how to hide the narration in the action, I guess. It inspired some really fun gags and story elements.

In your opinion, how does this approach to storytelling differ from the kinds of horror films made today?

I love that these stories are small and self-contained, and that they can be really experimental – there’s no consideration of a franchise or sequels, no limits to what you can do, and no studio worried about recouping a multi-million dollar investment. You can play with exotic locations, unconventional story structures, weird surrealism – whatever you want, as long as it makes some noise.

I’ve got a lot of irons in the fire right now. I’m co-writing a script with Glenn McQuaid that I’m extremely excited about; I’m working on a very cool project for Rue Morgue that will be showing up in early 2016; I’m cooking up a comic book project with a fantastically talented illustrator pal; and, like everyone on the planet, I’m finishing up a novel. Hopefully the Glass Eye Pix gang will invite me back to play in their sandbox again! 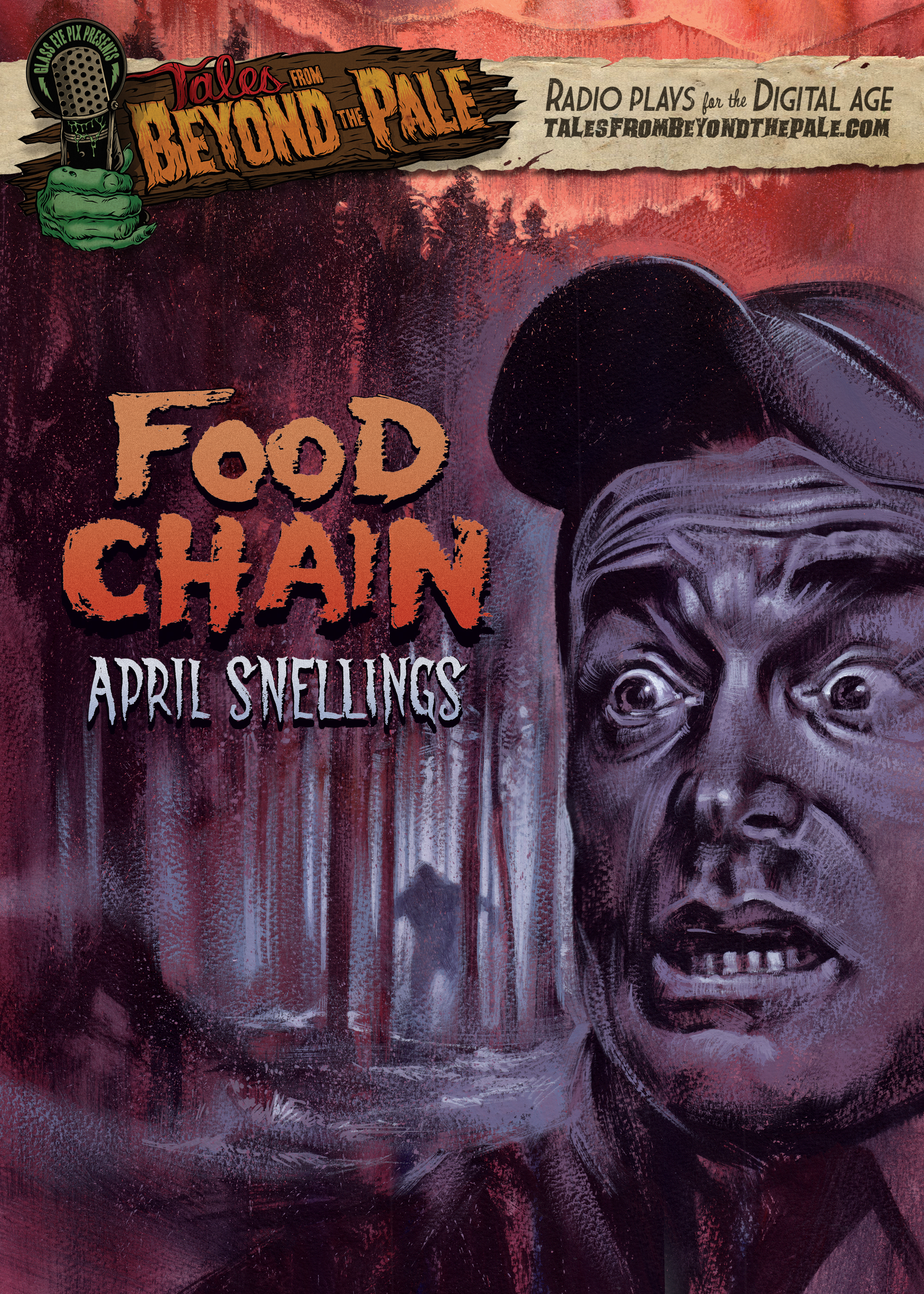 Tagged with: April Snellings, Food Chain, Season 3, Tales From Beyond The Pale